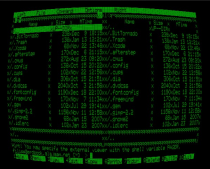 Malandia is a text-based interactive narrative that aims to explore ideas related to contemporary game theory. Before you read on, please play the game and then return to read more. (Disclaimer: This game requires an active internet connection. This game is best played with sound turned on.)

Malandia was conceived as a hands on exploration of contemporary issues related to game theory. In How to Do Things with Videogames, Ian Bogost writes “we can understand the relevance of a medium by looking at the variety of things it does” (3). In this case, he is making reference to exploring specific productions of a medium before passing judgement on that medium. As an academic and someone who has a long history enjoying videogames as entertainment, Bogost’s notion forced me to ask myself what do I really know about videogames and what specifically can they do?

With this in mind, I narrowed my inquiry and focused on a few specific narrative theories with regards to how videogames can work to explore, bring to light, and problematize a players understanding of them.

The first idea that I wanted to explore was the idea of permanence. In a world where data is your most valuable personal commodity, what does it mean to have things last forever online? A common trope of a contemporary genre of videogames dubbed “rogue-like” is the fact that death for the player-character is permanent, and you are forced to restart if you fail at the game. The permanence of the action is on display here, as there is a consequence for the player that is irreversible. Closely tied to the idea of permanence is that idea of consequence, and it was the second idea that I wanted to explore in Malandia. As an interactive medium, videogames often expose the player to direct consequences for their actions. How can we stretch consequences to reach beyond games, and remove the barrier that allows for a certain amount of abstraction and distance? The third idea that I wanted to explore was agency. Videogames are a medium rooted in interactivity and agency. What sets videogames apart in the eyes of most onlookers is the fact that you are in direct control of a character; but what happens when that control is taken away? How will a player feel and react?

These three ideas or “narrative theories” all speak to each other and interact in their implementation. If you remove agency does the player necessarily feel the same consequence? If you stress the permanence of their actions, does a player rethink what it means to be an “agent” playing a game? Questions like these are the foundation of Malandia. The SIPI initiative identified “Digital Storytelling and Gameful Experiences” as an area of research focus, and creating under this umbrella felt like the best way to explore these ideas.

To structure the project, I adopted the Critical Play Method developed by Mary Flanagan in her work Critical Play. Flanagan developed the Critical Play Method in the hope that “other practitioners, artists, designers, scientists and researchers will be able to question and elucidate many of the so-called “norms” embedded in our current play frameworks” (252). What sets Flanagan’s model apart from the traditional iterative model of design is the way it elaborates on the old model. You do not merely “Set a design goal” you “Set a design goal and value goals”, you do not just “Develop the minimum rules and assets necessary for the goal” you have to “Develop rules and constraints that support values” (255-7).

For Malandia the process played out as follows:

Now to look behind the scenes to see how this plays out, make sure you have played the game first. 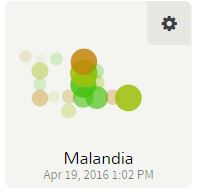 Malandia is built-in TWINE using the Harlowe story format with some heavy customizations. The story begins and the player is asked to enter a name which is used to personalize the experience and customize it to the individual. The game draws information from the user’s OS clock so the game takes place in “real time”. The story progresses and the player finds themselves going to work for the fictional government of Malandia in an undisclosed home. The visual language is sparse until the player boots up the computer program where they are instructed to do their job. The job consists of making executive decisions at a level that effects the livelihoods of citizens of this fictional country. Each decision the player makes tests the ideas of agency and consequence in specific ways:

Decision One: The player is forced to make a decision in 60 seconds, if they do not make a decision the game defaults to the “Disallow” option and moves to the next decision.

Decision Two: The player’s decision time is slashed in half to 30 seconds.

Decision Three: The time is again slashed in half to 15 seconds and certain info is “redacted”, forcing the user to make a decision without having all the information.

Decision Four: The player is given no data, but still forced to make a decision.

Decision Five: The player is forced to make a decision about themselves, but the decision has only one option. There is no way for the player to exit or not make a choice.

Decision Six: The player is given visual information (everything previous has been text-based) and forced to make a decision.

One thing that was beyond my skill to implement was a running database of players and their decisions. This idea grew out of my desire to break down the barrier between consequences in a videogame environment and consequences in “real life”. Although the final page shows the decisions each player has made, I would have liked the player’s name and decision to be tracked outside of the game and put on display so as to stress the “permanence” of the players action. This implementation of this feature was beyond what my skill set would have allowed, and perhaps can be implemented later on.

Underneath the hood, Malandia has some modifications to the Harlowe story engine to make it work. The sound effect of the door knock is called upon when the player clicks a specific link. In order for the “computer” pages to look distinct from the other passages, a custom script in the Header allows each passage to call on unique CSS depending on the “tag” the passage is given. To track choices, each decision the player makes changes the value of a variable which is called upon in the final passage to determine which text should be displayed as a “headline.”

As I previously mentioned, Malandia is in the “playtesting” phase so any feedback/suggestions are welcome. Thanks for reading, and I hope you enjoy the game.

Bogost, Ian. How to do Things with Videogames. Minneapolis: Minnesota UP, 2011. Print.