Ito, M. (ed.) (2009). Hanging Out, Messing Around, and Geeking Out: Kids Living and Learning with New Media. Cambridge, MA, USA: MIT Press. Retrieved from http://www.ebrary.com Do teenagers waste their time by using social media? No, according to a recent three-year study conducted by the MacArthur Foundation and led by Mary Ito.  Hanging Out, Messing Around and Geeking Out is a report by Prof. Ito and her 23 colleagues on the study and its key findings. This book fills a gap in research on teenage online behaviour. Rather than taking a negative technological deterministic view, the authors seek to understand how these tools improve the teenagers’ … END_OF_DOCUMENT_TOKEN_TO_BE_REPLACED

Alexander, Bryan. The New Digital Storytelling: Creating Narratives With New Media. Praeger, 2011. In The New Digital Storytelling, Alexander addresses academic, practitioner and public audiences, arguing that digital platforms are effective mediums for storytelling and can be used successfully for research, learning and reaching large audiences. In Part I, Alexander first addresses what he calls, “creators and would-be-practitioners,” giving insight into the different sectors of digital storytelling, such as web and social media storytelling and gaming. As well, in Part I of his book, Alexander begins by defining what constitutes  “storytelling” using digital mediums, giving a survey of the series of new platforms in which these … END_OF_DOCUMENT_TOKEN_TO_BE_REPLACED

Anna Anthropy’s ZZT, part of the Boss Fight Books series, is something of a partner piece to her previous text, Rise of the Videogame Zinesters. It acts as a specific example of the game subcultures she outlines so thoroughly in the former. In fact, ZZT is a sort of case study. A hard example of how the possibilities within a game space can turn it into a tool of expression for players, be it personal, political or educational. She expresses her beliefs (and those of others, through interviews with both players and designers) that ZZT, an MS-DOS adventure game/level editor released in 1992 and developed by … END_OF_DOCUMENT_TOKEN_TO_BE_REPLACED

Ohler, Jason. Digital Storytelling in the Classroom: New Media Pathways to Literacy, Learning, and Creativity. Thousand Oaks, CA: Corwin, 2008. Print. The primary text I will look at for the purposes of this paper is by Jason Ohler. In this book, Ohler defines how storytelling and new media can be used as tool to further education in the classroom. Ohler aims to educate potential practitioners and teachers on the grammar, theory and language of digital storytelling and how to approach teaching the subject in a classroom setting. My focus will be on a section of the book, which discusses the grammar of using audio in digital … END_OF_DOCUMENT_TOKEN_TO_BE_REPLACED

RE:Imagining Change: How to Use Story-Based Strategy to Win Campaigns, Build Movements, and Change the World is a useful text for social change activists. The authors, Patrick Reinsborough and Doyle Canning, advocate the “story-based” approach they developed through working on social change campaigns at “The Center for Story Based Strategy” (formerly “SmartMeme”), which they co-founded. “Story-based strategy” is about using our oldest and most powerful communication tool – stories –  as catalysts for change. The authors contend that the stories we tell each other can challenge the power structures that seek to oppress, subvert old assumptions by connecting issues to people’s values, and ultimately create the … END_OF_DOCUMENT_TOKEN_TO_BE_REPLACED

Reinsborough, Patrick, and Doyle Canning. RE:Imagining Change: How to Use Story-Based Strategy to Win Campaigns, Build Movements, and Change the World. Oakland, CA: PM Press, 2010. Print. This text describes a blueprint for social change activists. The authors, Patrick Reinsborough and Doyle Canning, are both activists themselves and co-founders of “The Center for Story-Based Strategy” in Oakland, California (formerly “SmartMeme”). They describe “story-based strategy” as a “framework that links movement building with an analysis of narrative power, and places storytelling at the centre of social change strategy” (12). Their main idea is that we understand our world based on the stories we tell each other. The problem, according … END_OF_DOCUMENT_TOKEN_TO_BE_REPLACED

The hybridity of ludo-literary works are examined in Astrid Ensslin’s monograph Literary Gaming (2014). Ensslin’s text participates along a continuum of works which argue for the coalescence of literature and ludology in scholarship. Namely, she argues that a framework is needed to discuss the broad spectrum of works which blur the boundary between literature and gaming and she proposes to offer such a framework with her “functional ludostylistics,” which will be discussed in further detail later in this essay. The main research questions addressed in her work are: How can stories be approached in a way that reflects gaming structures? Conversely, how do games deploy … END_OF_DOCUMENT_TOKEN_TO_BE_REPLACED 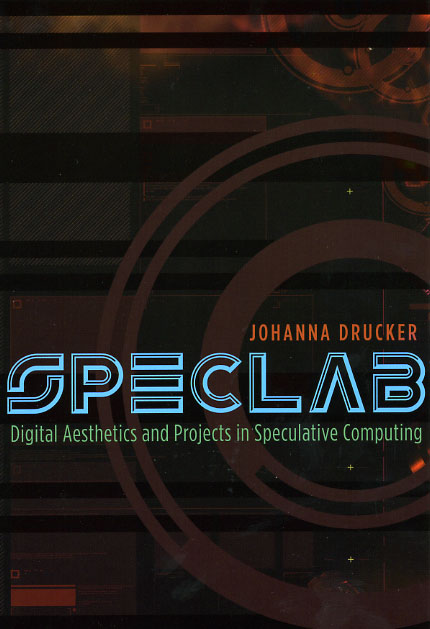 Johanna Drucker’s SpecLab is a methodological investigation into the philosophy and application of speculative computing, galvanized within research efforts conducted at the University of Virginia with her colleague, Jerome McGann. Drucker describes speculative computing as an intervention into the relationship between aesthetic representation and subjective knowledge development. It aims to delineate the intellectual “superstructure” or dichotomy between formal, objective logic—or mathesis—often favoured within the practices of digital humanities— and aesthesis—individual thought that challenges authoritarian structures of intelligence (23). As static mechanisms within the organization and dissemination of data, Drucker asserts that digital information systems employed by the humanities—focused upon “functionality” rather than interactivity—problematically indoctrinate the parameters of user engagement through the projection of a cognitive monoculture; a concept which upon greater reflection prompts significant concerns within both scholastic and sociocultural spheres (17). By contrast, the scholar’s vision of speculative computing, and endeavors at SpecLab, boast a phenomenological impulse focused upon the connection between “aesthetic provocation” and human “inflection” (19). In short, Drucker advocates for the necessity of subjectivity within visually oriented learning projects.

END_OF_DOCUMENT_TOKEN_TO_BE_REPLACED

Bogost, Ian. How to Do Things with Videogames. Minneapolis: Minnesota UP, 2011. Print. With How to Do Things with Videogames, Bogost aims to deconstruct common misconceptions the general public have with videogames as a medium. Bogost is a professor of digital media at the Georgia Institute of Technology, as well as an award-winning videogame designer. Two important credentials considering the aim of this work. His experience as both a theorist and a producer of videogames lends itself well to the issues he raises in the book. Bogost is not only concerned with theoretical problems, he is concerned with theory in … END_OF_DOCUMENT_TOKEN_TO_BE_REPLACED

In the introductory chapter of her book Critical Play, Mary Flanagan provides a quote from Greg Costikyan’s “I Have No Words” that touches on the difference between stories and games (Flanagan 7). Stories, according to Costikyan, are linear because the characters do the same things every time you reread them. Games are non-linear because player agency and decision-making possibilities are built into their design. While Flanagan continues to chronicle the intersections of art, games, and play throughout her book, she does not expand on these ideas about the separation of stories and games beyond to call them both “mediums of expression” for artists, and that “noticing the ways language plays with culture, especially language as used by artists, can help designers find methods of consciousness raising, too for social commentary” (118).