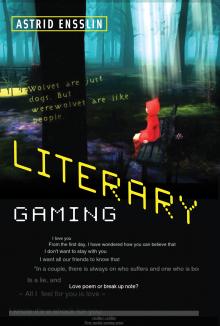 Astrid Ensslin’s book Literary Gaming examines the intersection between ludic and literary experiences. She proposes that her text will highlight the ways in which reading and gaming can be combined and presents these processes to both users and analysts. This suggests her work will be of use to practitioners in the field as well as researchers who wish to learn more about the gamefication of literature and literary studies. Ensslin argues that the fusion of linguistic arts and videogame technologies is both necessary and mutually beneficial (for both computer gaming and electronic/digital literature).

Ensslin presents her reader first with her theory/methodology and proceeds to put this into practice with her analyses of different literary games. In the theory section, she contextualizes the concept of play within the framework of theories like Nietzche’s idea of play culture and Immanuel Kant’s conceptualization of play, as both positive and liberating.

She also provides a more practical “tool kit” of sorts which codifies literary games and emphasizes the fluidity of these artifacts which can be at once narrative-driven and ludic. By the time the author puts forth an analysis of specific games, the reader has a grounding in some concepts from the field of gaming, in terms of both theory and typology, and can now grasp the practical application in a more effective manner. In her application, Ensslin goes on to show how some of the literary game examples she provides, which are mainly hypertext and hyperpoetry, are in fact more literary than ludic. She does so in order to propose that a single theoretical framework can not be applied to all digital works with literary components. The game Clues, she argues, is the example which most closely resembles the gameful experience while also emphasizing its verbal content. Thus, she concludes, an approach to the study of ludoliterary hybridity can not be oversimplified, since different examples fall in different places on, what she calls, the L-L (ludo/literary) spectrum.

The remainder of the chapters each explore a different game which fleshes out distinct modes of literary gaming in various positions along the L-L continuum, including poetic gaming, interactive fiction, antiludicity and hypermedia fiction. Within each, she makes use of the terminology and typology set out in the first half of the text, and demonstrates an analysis which puts her methodology into practice.

Researchers in the humanities, especially those with distinct interests in digital technology and gaming, can find some valuable material in Ensslin’s text. She aptly reminds her readers that we are in a second wave of analytic scholarship that takes into account not only the concerns of literary stylistics, but also ludology (proposing the juncture of “functional ludostylistics”). Thus, she speaks to both those interested in the linguistic or verbal aspects of games, and to those who work within the specific framework of digital game research. Ensslin addresses her academic readership directly and proposes to fill in the gap which she sees in the nuanced study of hybridity between literary computer games and ludic electronic literature. The aspects of theory and the way in which she brings criticism together with contemporary examples, is akin to the way in which a literary scholar might approach a text.

Ensslin assures her readers within the first few pages of her text that in her own employment of the term “literary,” she does not insinuate any value judgement in terms of what constitutes “good” or “bad” literature. Rather, she uses the term to identify any artifact that foregrounds the verbal, and which is (in this particular context) born out of the digital. This equalizing gesture invites members of the general public to identify with her text and to understand that knowledge of canonical works of literature is not necessary.

The outlines which appear at the beginning of each section prove to also be a useful tool for the general public by framing what readers should expect in an abbreviated, digestible form. She lays out what she seeks to demonstrate, signaling to the reader what they will be able to infer by the end of each chapter. Finally, the glossary is another important tool for the general public, whose members may not be as familiar with the technical terminology she employs.

For practitioners, this text may be useful as a manual of sorts which instructs game makers in bridging together the concepts of ludicity and literary technique. Ensslin provides examples of games, like Firefly and Patchwork Girl, which cross the boundaries between the two fields. This is useful for practitioners who might seek exemplary models of the kind of work that they themselves want to create and who wish to find a common language with which to discuss such works across disciplines. She highlights “playerly” aspects of literature and digital games which practitioners can then attune to when examining digital artifacts. Ensslin’s text also provides an effective segue for practitioners who may identify more with the literary or storytelling concept of digital media and want to begin to venture more into the world of gaming and ludic mechanics.

STORIES IN PLAY
is an initiative based at the Centre for Digital Humanities at Toronto Metropolitan University.
© 2017-2023 Stories in Play. All Rights Reserved. 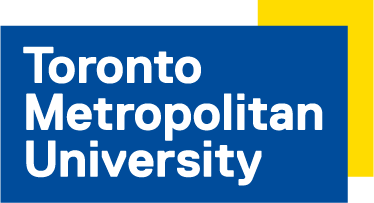