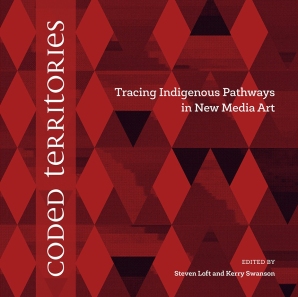 Having founded a network of academics, artists and technologists concerned with figuring out how to infuse Indigenous ways of knowing into virtual environments (AbTec) – computer games, websites, social networks, and the likes – with his partner Skawennati Fragnito in the mid-aughts, Jason Edward Lewis, in his contribution to the recent opus on contemporary Indigenous media practices, first seeks to identify how the Western bias shapes the current digital ecosystem. He observes that the representations of Indigenous characters in online environments perpetuate existing assumptions and stigmas about the past and present of Indigenous communities. So much so that it makes it hard for members of those groups to imagine themselves existing in these new virtual spaces. This is deeply troubling to Lewis, since he claims that failing to envision what the Indigenous presence will look like in hundreds of years could lead to the erasing of these nations. To make his case more potent, he quotes the Pulitzer Prize winning Kiowa author, N. Scott Momaday: “We are what we imagine. Our very existence consists in our imagination of ourselves. Our best destiny is to imagine, at least, completely, who and what, and that we are. The greatest tragedy that can befall us is to go unimagined” (as cited in Lewis, 2009, p.58).

Having outlined the dangers associated with maintaining the digital ecosystem as is, Lewis discusses effective subversive strategies that will help set up the First Nations, Inuit and Métis encampment within cyberspace. He argues that the best way to rectify the situation, which demands a reframing of the mainstream narratives, is to inject Indigenous presence in the very systems and structures that define the spaces, real or virtual, in which we all find ourselves. When the processes, protocols and frameworks used to build online media domains are created by designers and developers enmeshed in a Western worldview, they restrict what kind of operations and knowledges can be performed and transferred.

Addressing this shortcoming led him to initiate “Aboriginal Territories in Cyberspace” (AbTec), the aforementioned network of academics, artists and technologists. Its main goals, as stated in this essay, are:

Overall, AbTec is concerned with giving First Nations, Inuit and Métis youth the tools and desire to reflect on their heritage and create their own digital media products. So far, as Lewis expounds on, the group has done so by offering the “Skins Workshop on Aboriginal Storytelling and Video Game Design” to young members of the Kahnawake Mohawk Territory (near Montreal). Over the course of several weeks, they learn about Indigenous storytelling, game design and game development by being tasked with creating their own video game based on a local tale. For instance, the main characters in both “Otsi:! Rise of the Kanien’keha:ka Legends” and “The Adventure of Skahion:ati: Legend of the Stone Giants”, two of the games produced during these sessions, appear in legends used by elders to impart knowledge to the younger generation. The first warns against dismissing their advice, while the latter speaks of one’s ability to both bring troubles and find clever ways out of them. Through the workshop, the participants are engaging with the stories important to their community. Not only do they get to hear them, sometimes for the first time, they discuss what should and can be re-mediated in a game, and learn, through deconstructing their narrative structure, the storytelling techniques of their people. Hence, knowledge transference happens on several levels: between the elders and the youth, between the workshop facilitators and the participants, and, eventually between the game creators and the players.

Lewis’ explanation of why and how AbTec came to be is a valuable addition to this collection of essays that explore Indigenous practices in new media. Like his peers, Lewis, believes that First Nations, Inuit and Métis people can and have successfully appropriated digital technologies. Whereas other contributors focus on defining Indigenous aesthetics and how these can be replicated in the virtual realm, Lewis offers a practical how-to that he hopes will serve as the basis for building more diversity in cyberspace.